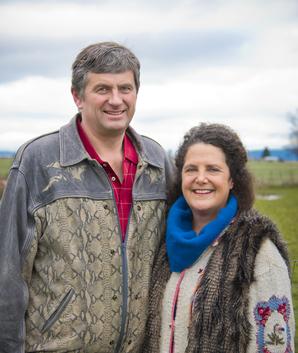 Kelpies came into our lives in 1985 when I wanted a farm dog and later I enjoyed playing the versatile dog game. Working Stockdog is still my main interest and love, but adding obedience puts it all together for a well rounded dog. When the Australian Kelpie organization decided to withdraw from AKC, it limited the avenues of competition for my dogs. So, in 1999 I trained my first Aussie and eventually they joined my kennel. I enjoy working with them on a daily basis. With my five Australian Kelpies and five Australian Shepherds, I train and compete in herding, obedience, tracking, agility and flyball. I also teach herding and obedience, and give clinics throughout the country. I started feeding my dogs the BARF raw diet in 1993 and have found it helps keep them healthy and active.

My husband and I work our dogs on our 800 cow dairy farm (400 are organic dairy cows) doing a variety of chores: bringing cows in for milking, holding gates, sorting and letting us know when livestock are trying to escape. The dogs have become important working partners in our enterprise.
Ron is now Skagit County Commissioner (check out his website).

I have been working with my dogs since 1985 and have competed in trials and performance events sponsored by the Austrailian Shepherd Club of America, American Kennel Club, American Herding Breed Association, Working Kelpie Inc and Border Collie Trials.
My background on the farm and trialing has increased my awareness of the importance of having a well trained dog. The more advanced the dog's training, the better you do in trials and the more work you can do on the farm. Each day I am learning to improve my technique and my dogs. 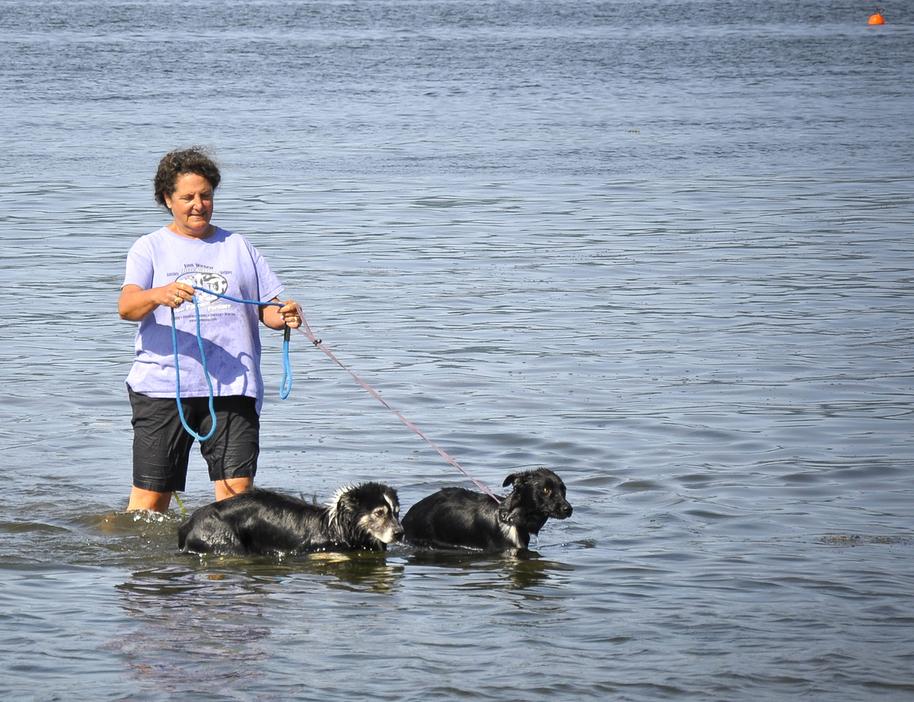 in Salinas, CA and attended Cal Poly in San Luis Obispo to graduate with a B.S. in Dairy Science. While there I met my husband,.Ron Wesen. After graduation, Ron and I moved to Bow, WA., and for 8 years worked together on the Wesen family farm feeding calves and milking, until we established our own herd. I became interested in dogs and got into Australian Kelpies because Ron gave me some criteria when choosing a breed:

Ron had to like the dog's looks. I knew someone who taught obedience and one of their students had a Kelpie. It was suggested I look at Australian Kelpies and Corgies. I really liked the Kelpies. I found someone locally with Kelpies, so I took Ron to investigate the breed. They met all four criteria. So in 1985 I got my first dog and the rest is history. As my dog activities increased, it became clear my teaching and training were a now a viable part of our lives. We built a deluxe training building and it is being enjoyed by all my students. In addition, a number of dog clubs hold various performance events here on our farm, using both the building and the land.
It also became clear that with Ron and I both working for the farm, it was difficult for us to get away at the same time, so I looked for an interesting job away from the farm and found it at Udder Health Systems, Inc. This is a Milk Bacteria and Certified State Drinking Water laboratory in Bellingham, WA. I work there as a field and lab technician. We say "If it has to do with bacteria, we play with it."

I was raised on a dairy 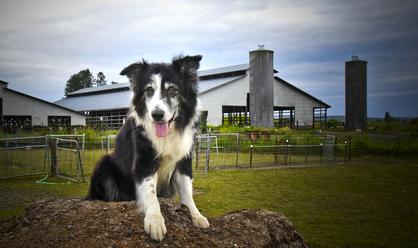